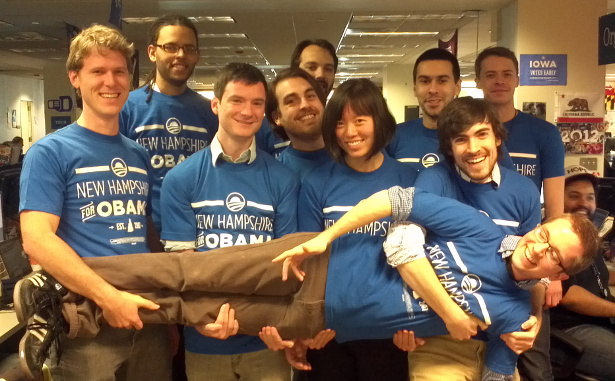 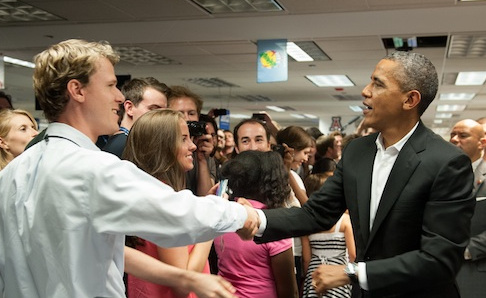 @Banshee is finally on twitter, where we'll always keep you up to date and sometimes entertained if you follow us.

We've got 2.1.x releases scheduled leading up to 2.2 in September. We'll be porting to Gtk# 3 and dropping a bunch of legacy deps in the process, while still supporting users on older distros. I e-mailed banshee-list more about what that means and how we'll do it.

We are thrilled to announce the release of Banshee 2.0! It's the culmination of six months' work by 36 developers and dozens of translators, documenters, bug reporters, and testers. It is a stable release, the successor to Banshee 1.8. 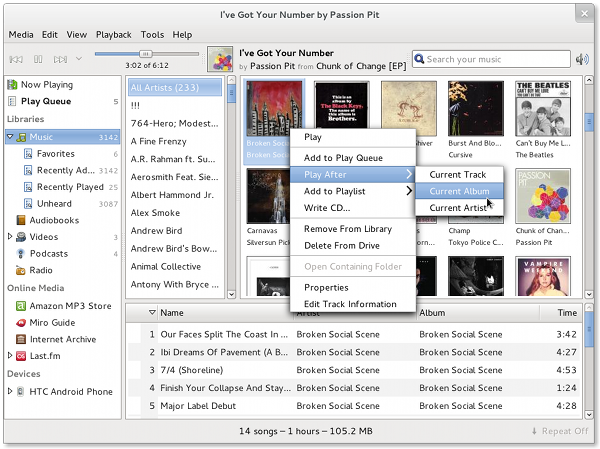 View the release notes for much more information, or head straight to the download page.

The Banshee community has come a long way in the last six months.

Congratulations and many thanks to everybody who made all this possible! If you want to learn more about Banshee, how you can contribute, get in touch, get help, etc, head over to our website.

I haven't blogged about PDF Mod since Nov, 2009. We've had five releases in the meantime, including 0.9.1 just released today!

We have had tons of improvements and fixes, and one major new feature: bookmark editing! 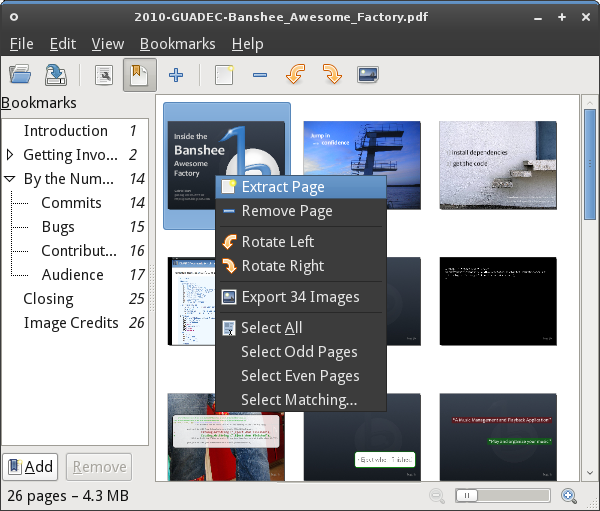 We're up to 26 translations now, including 11 of our user manual!

As a reminder, PDF Mod can:

This is an update to my previous post. Canonical asked the Banshee maintainers to join a conference call about an hour ago. They announced their new plan, calling past proposals mistakes:
63 comments:

Background
The Banshee maintainers and community have been proud to support GNOME by sending 100% of our FOSS Amazon MP3 store's affiliate revenue to the Foundation. We're already on pace to contribute at the same level as a small company on the Advisory Board, $10,000 USD per year, and revenue is increasing every month.

Canonical's Proposals
After choosing Banshee as the next default player in Ubuntu, Canonical approached us, concerned with how our Amazon store would affect their Ubuntu One store. They proposed two options:

Our Response
We are pleased that Canonical is willing to leave the affiliate code unaltered.

As maintainers of the Banshee project, we have opted unanimously to decline Canonical's revenue sharing proposal, so that our users who choose the Amazon store will continue supporting GNOME to the fullest extent. The GNOME Foundation's Board of Directors supports this decision.

Since late July Banshee has had AmazonMP3 store integration, earning a 10% affiliate fee. We're proud to send all of that revenue to the GNOME Foundation. Here is the cumulative revenue breakdown per store:


That totals to about $1800 USD, all going directly to the GNOME Foundation! This accounts for about half of what GNOME has earned from Amazon in the last six months.

Our revenue has increased every month, too; in December we're on track for another record month! Find out more about Banshee...